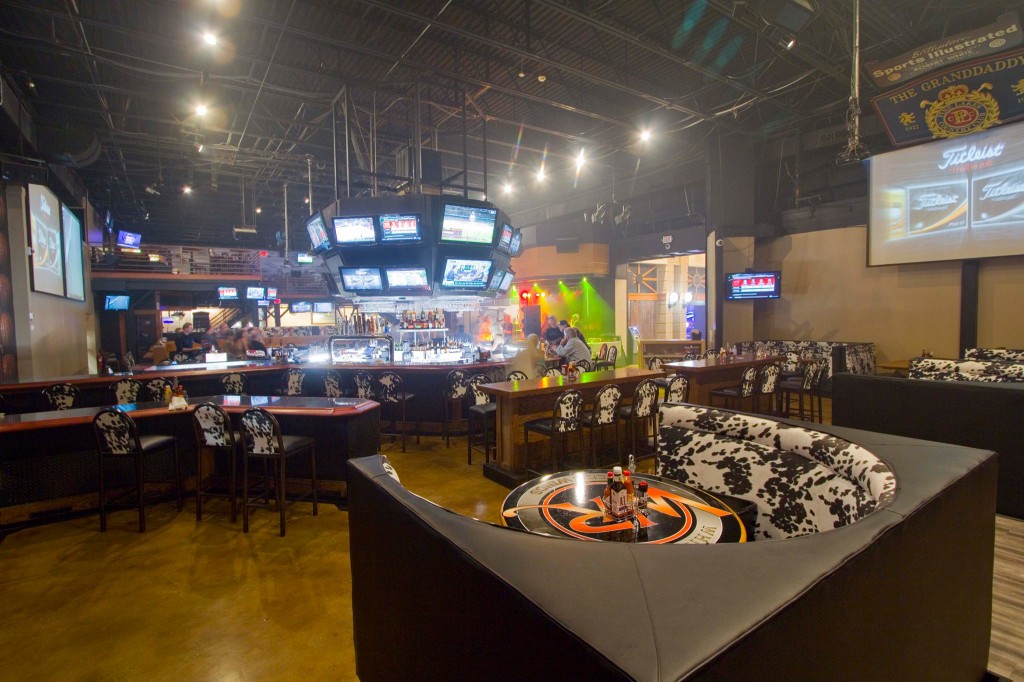 North Myrtle Beach residents said goodbye to Overtime Sports Cafe in early 2018 and have officially welcomed Dale Jr.’s Whisky River in its place. The new sports bar and restaurant, owned by NASCAR star Dale Earnhardt Jr., is just one of four locations in the entire Carolinas. Since opening its doors approximately seven months ago, the restaurant has experienced nothing but success.

The Whisky River menu offers a wide variety of appetizers, burgers, wings, ribs, sandwiches, salmon and chicken entrees as well an array of salads for those looking for a more wholesome meal. And don’t forget to check out their delicious dessert menu too!

The menu also features an extensive selection of bottled and draft beers, cocktails and wine. Arguably the most enticing thing about the bar, though, is its unbeatable happy hour. Everyday from 4-7 p.m., Whisky River serves $5 fried pickles, nachos, cheese quesadillas, chicken tenders, and buffalo popcorn shrimp. In addition, they offer $3 house wines per glass and $2.50 daily draft specials.

Cowhide upholstery and rustic, Western elements make for a fun and relaxed atmosphere. But what’s an authentic sports bar without a mechanical bull? That’s right, they’ve got that, too! Whisky River also features a stage for live music and DJs to cement its place in the nightlife scene. And you’re never too far from the racetrack or the field thanks to dozens of televisions surrounding the bar area and scattered throughout the restaurant.

Whisky River’s location also places it just blocks from the ocean and near a number of outstanding nearby golf courses. Its delicious food, tasty drinks, and undeniable entertainment have made Whisky River a popular 19th Hole destination among locals and tourists alike. It’s the perfect post-round spot to include on your next golf trip!

This entry was posted in Myrtle Beach Restaurants. Bookmark the permalink.