So your doctor told you to watch what you’re eating and try to get more exercise? We can help with part of that. You won’t be the first person that discovered true health just by playing Myrtle Beach golf on a regular basis. It does the body good to be out in the sunshine and moving around but if you’re really out of shape you might want to start out at the driving range and limit yourself initially to a 9 hole course. 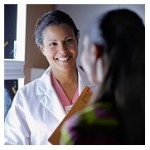 As we get older it’s far too easy to get sedentary, especially so after we retire. That’s why you see many people taking up golf later in life. They have all that time on their hands now so they can finally get away to play some Myrtle Beach golf. Plus, they finally come to realize that it’s more important than ever to stay active in your later years.

Too many people think that just because they’ve never been “into” sports, were never good at them in school, or played since then, that it’s not for them. They couldn’t be more wrong. As we age our interests change and just because we didn’t like something when we were younger doesn’t mean we still wouldn’t like it. But you have to be willing to give it a try.

You’re never too old to take up a new activity whether it’s tennis, pickleball or golf. Give it a try! You just might surprise yourself.